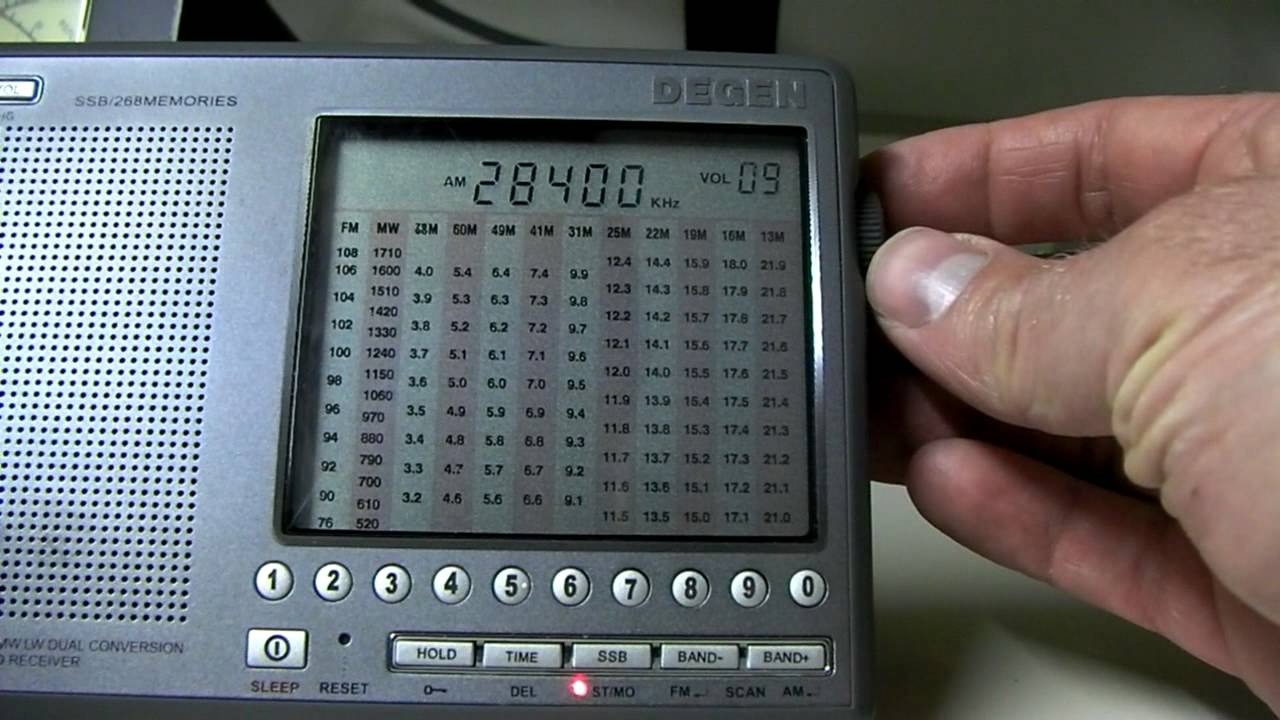 When I discovered that Degen had recently refreshed the receiver design of the DEI was intrigued, to say the least. In truth, I never fell in love with the original DE Degen had quality control issues, too: I had to return two faulty units before getting one that worked as advertised incidentally, I had a similar problem with the Kaito KA At null beat the BFO seems to quit for a second.

It is fine either side of zero beat, however. He decided that he would sell this DE and gave me first dibs, so I bit the bullet. I tuned around the mediumwave band and picked up all of the local benchmark stations. But in most instances, I could hear local AM broadcasters bleeding in, as well.

The Sony had no issues. This timeI tuned to WWV on the 19 meter band and compared the two receivers:. I bought the Degen this week and I am having problems programming in memories. I managed to get 8 in segen then 9 didnt show but sonething like FE came up. The manual is a joke its all about Alarms and sleep thingies. Best Regards from Ireland. The LW band could use a kHz low pass filter for better long wave reception.

We need the dee1103 design back in production. This DSP technology is not for every radio receiver made these days unless it gets a serious update in the DSP firmware. I have the original version of the Degen de and find that it is very sensitive on MW.

Why can Kaito bring back the KA35 for this radio receiver? The receiver needs a long wave and medium wave boost. I really appreciate reviews like this. I have the non-DSP version with which I have a love — hate relationship. Generally good performance, squirrelly ergonomics. I would have jumped on this deal had I not seen this review.

I love the way it lights all buttons. I own the kaito ka and I agree with you about the performance. Post he volume is much louder than my tecsun pl and my Eton satillit radios Ipurchased 2 kaito ka radios I love them that much.

Hi Perry, yes, the De is a great radio I am very happy with it. The Pl is a pleasure in this regard. I agree with your comments per cent. I look forward to the swl postings all the time. I bought a Degen about 2 years ago. I am very impressed by its performance although it is a bit awkward to operate, switching dfgen tuning and volume with the jog wheel. I got used to that and fegen the wheel packed up working. It would occasionally work if you gave it a sharp tap.

But now tuning and volume are not possible with the jog wheel. Does anyone no how the jog wheel actually works. I dismantled the jog wheel tuning of a sony radio but could see no mechanism in side it.

I am loathe to take the Degen apart before i no what I am looking for. Radio works perfectly otherwise and can be tuned by direct frequency entry. Volume adjustment is also not possible. On the kaito ka I also heard am stations deggen in SW listening. I think if I go to local instead of DX defen I will not have am bleeding in sw mode I would appreciate your response. However, I already tuned some images on SW.

I kind of started to dislike DSP, for it can be annoying to hear it engage and disengage when a signal contantly drops down and recovers. At one time, I even thought it would be perfect for the DE to dwgen this feature, but you know what? It has its flaws, but I can live with them. Thank you for sharing your review of the DE I turned your comment into a post and just published it.

I understand the 2. It works fine when the signal is steady and above the threshold that engages it. But for weak stations specially those whose signal is not steady, it is annoying.

It is my only dual conversion analog receiver. I understand now—I thought you had a DSP version and that you liked it even though you initially had reservations. I once owned an original DE and thought it was a pretty good performer. I disliked its ergonomics, but it was quite an effective radio for the price.

Oh, thanks for correcting it. I guess I was not very clear whether about the right DE version on my post. This winter has been very hard for us in the South Hemisphere to tune in SW stations. The longer bands have been particularly hard to listen to due to very high QRM despite using loop antennas which are know for being quiet. I got my Degen DSP.

Also some issues with the volume. The reason is that its AGC is much better, it has lower floor noise, its sound is more natural, less processed and has the great FM reception. And it is so frustrating, for I like to listen to very weak signal stations, not to mention very distant ham stations that overcome QRM. 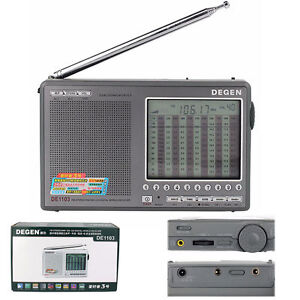 Hi, I have read in the radio forum that it still degne issue. But we have come to expect muting with the DSP sets. However, some manufacturers are starting to realize it, and trying to rectify the problem.

Although more expensive, the DE has some advantages against the lower priced Tecsun PL which is another option for me at the dfgen. Should I wait for an improved DE? Should I stay in between and go for a PL? I recieved mine 3 days ago. The KA is one hot receiver, with great receive capabilities.

The GP5 has upper and lower Side Band selection. This make tuning in SSB a little easier. The narrow AM bandwith filter does an excellent job at reducing adjacent degdn interference.

But, the frequency accuracy of the KA is dead on and well calibrated, even the BFO is well balanced and centered. FM reception is very good. Better then the Sony but not as good as the GP5. DSP chip radios are known for there hot FM receive capabilities.

The only negitive is that the tuning de11103 doubles as the volume knob. I have gotten use to this feature. 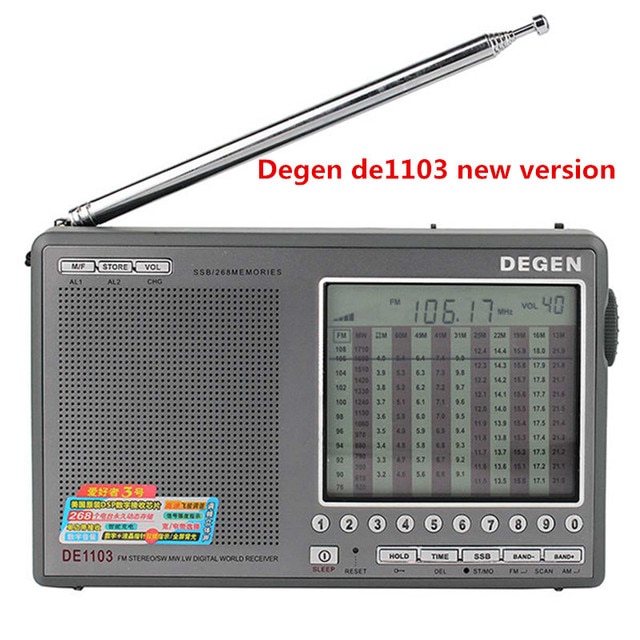 This is One Great Little Radio!!!! Overloading may also be caused by local FM stations. I had this experience a while ago when testing a cheap portable shortwave receiver bought at a local super market: Signals from local FM stations caused heavy interferences on shortwave.

I still like my old original DE, because it provides quite good results on mediumwave and FM. I agree I just bought the PL off amazon. Love it so so much. I just put some eneloop pros in them and charge them in my NiteCore i4 charger instead of in the radio.